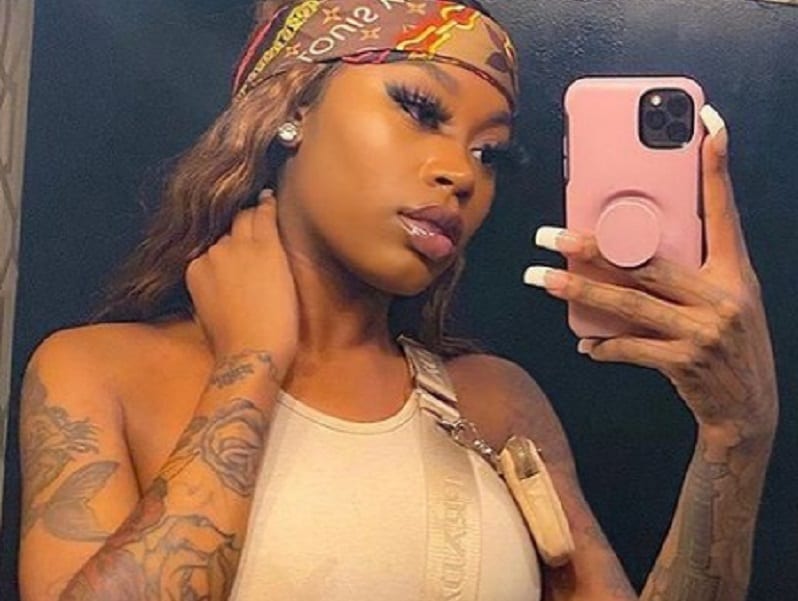 Over the past few hours, Doll has shared some viral and since-deleted posts about Jenner being free to ask followers for anything. Most people took aim at Asian not realizing Kylie has millions to her name and only donated $5,000 to her friend in need.

Doll even put herself in Kylie’s shoes. Asian claimed one friend even caught feelings after she requested an UBER.

According to reports, Kylie went to her social media pages to reach out to fans. She ultimately received backlash for asking people to help raise $60,000 for a surgery following an accident.

According to the GoFundMe, Rauda was in an accident and “underwent major surgery on Sunday, 3/14/21.” No details about the accident were offered. The Instagram story has since expired, but screenshots of it have been making the rounds on social media. Jenner, who is reportedly worth hundreds of millions of dollars in part due to her cosmetics empire, was slammed on social media for not simply paying the bills off herself. (CNN)

In May 2020, drama sparked online about Kylie Jenner’s wealth. Some reports questioned her billionaire status and her overall net worth.

Jenner, now 22, was named last year by Forbes as “The Youngest Self-Made Billionaire Ever.” Jenner had made millions from her company, Kylie Cosmetics, which she later sold a 51% stake to the beauty company Coty in a deal that valued her company at $1.2 billion. But, Forbes’ Chase Peterson-Withorn and Madeline Berg reported this week that Jenner and her mother, Kris Jenner, inflated their wealth in documents they provided to the publication about Kylie’s personal wealth and her company’s revenue. (Business Insider)

Financial publication Forbes believed Kylie hadn’t kept things completely honest for years. It speculated her team didn’t tell the truth about how much her brand has made on an annual basis.

The business was never that big to begin with, and the Jenners have lied about it every year since 2016—including having their accountant draft tax returns with false numbers—to help juice Forbes’ estimates of Kylie’s earnings and net worth. While we can’t prove that those documents were fake (though it’s likely), it’s clear that Kylie’s camp has been lying. (Forbes)